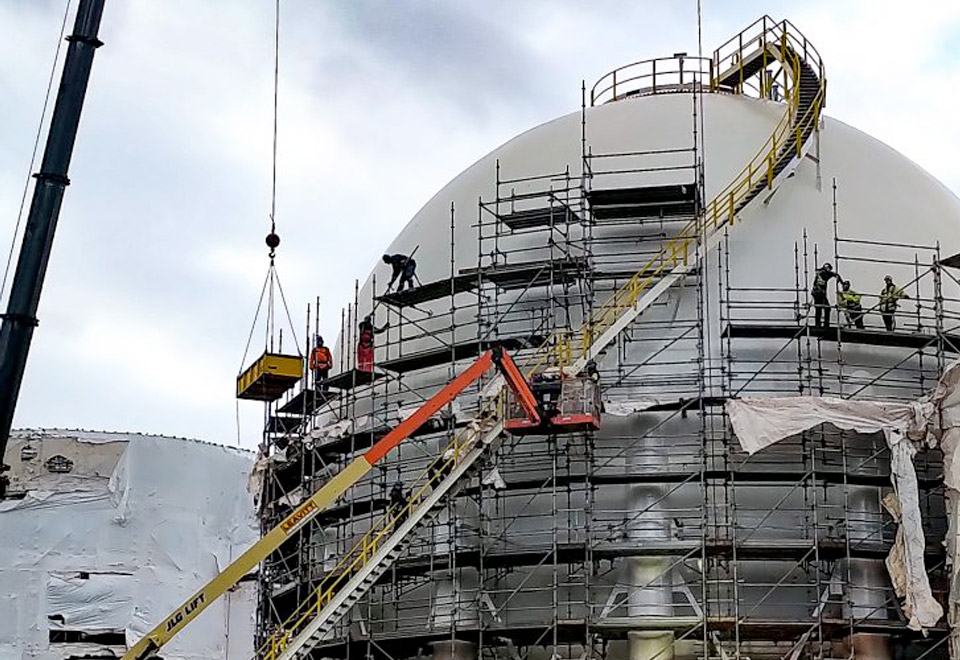 BCRCC scaffolders have been working on the Pembina LPG Export Terminal project on Watson Island in Prince Rupert since April 2019, with as many as 18 members on site at the project’s peak. BCRCC contractors continue to expand throughout the province, particularly in the northwest. And Skyhigh Canada’s participation at the Pembina facility has provided local and non-local members with thousands of hours of employment.
With members working to safely dismantle the scaffold surrounding the tanks, this project will come to an end for Skyhigh in early February. High winds have posed a particular challenge for Skyhigh, as part of the scope of work involves hoarding, and Watson island is known for its severe gusts of winds.